Implications of the FTC’s Proposed Action

The FTC may consider legal action that would seek to hold acquirers liable for “assisting and facilitating deceptive and abusive telemarketing acts or practices” per the Telemarketing Sales Rule, 16 C.F.R. §310.3(b) or under other legal theories. As we understand it, the FTC believes acquirers should be held liable for all sales processed by a merchant during the course of the merchant’s business relationship with an acquirer regardless of whether the cardholder actually disputed a transaction. The industry is not designed by the Card Networks to operate in this manner, and acquirers are not guarantors to consumers or merchants except when a transaction has been disputed.

The decision to include acquirers as defendants would not only have deleterious impacts on individual acquirers but on the payment card acquiring industry as a whole. An increase in risk exposure (real or perceived), or potential losses due to merchants acting in violation of federal law, and the subsequent internal policy and procedure modifications related to this increase, is only the tip of the iceberg with respect to this proposed action. The industry reaction will result in acquirers revising their risk modeling and risk policies, which would ripple through to other participants in the payments value chain, namely merchants and consumers. To some extent, this has already begun.

Primary among these impacts would be the incremental risk of losses that merchant acquirers, sponsor banks and, ultimately, the payment Card Networks, would be exposed to. The fact that acquirers will need to respond to this increased risk will change acquirers’ business operations at a macro level. Simply put and as described in Section III: Industry Risk Overview the industry today manages risk based on a well defined set of factors. Suspicion that any acquirer is responsible for a violation of the TSR (or any number of federal, state, or local laws) committed by a merchant, especially when there is no involvement by the processor in the merchant’s business, would single-handedly increase the risk exposure of all participants across the entire payments industry.

The FTC’s proposed course of action would cause all acquirers to re-examine their risk since exposure would increase from a small percentage of recent sales to all sales since inception of each merchant that may violate federal law. This would result in changes to underwriting policies, sales processes, credit fraud management rules and processes, and ongoing business decisions. It is our belief that the increased operational burden will be felt by all acquirers due to the fact that acquirers will need to go to greater lengths to validate or audit merchants’ business models. 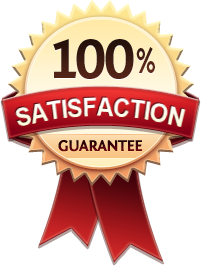